The power window stuff looks good. I'm going to pretend I didn't see it though because I already have a big enough backlog of stuff to complete...

Tell me about it! Just when I think I'm gaining ground something else pops up. Thought I'd put a thermostat in the Freightliner because it would never run any warmer than 155*F and that was after a full throttle pull up 18 miles of 6% grade. Well, someone put the bolts in with no antisieze and they're 4 inches long thru a aluminum housing....so even being careful 3 of 6 managed to brake the heads off. Then I found the compressor housing on the turbo was a little loose....well the clamp wore the housing which then wore the compressor housing. Amazingly it still made good boost. So my 2 hour thermostat change is going on 2 weeks and several thousand dollhairs of us currency.

The good news is I got the door lock actuators installed in the rear doors and started mocking up the regulators on the front doors.

So, you opened the proverbial can of worms eh?

Got a little done, as much as I could with holidays and such. Door lock actuators in the rear doors are installed. 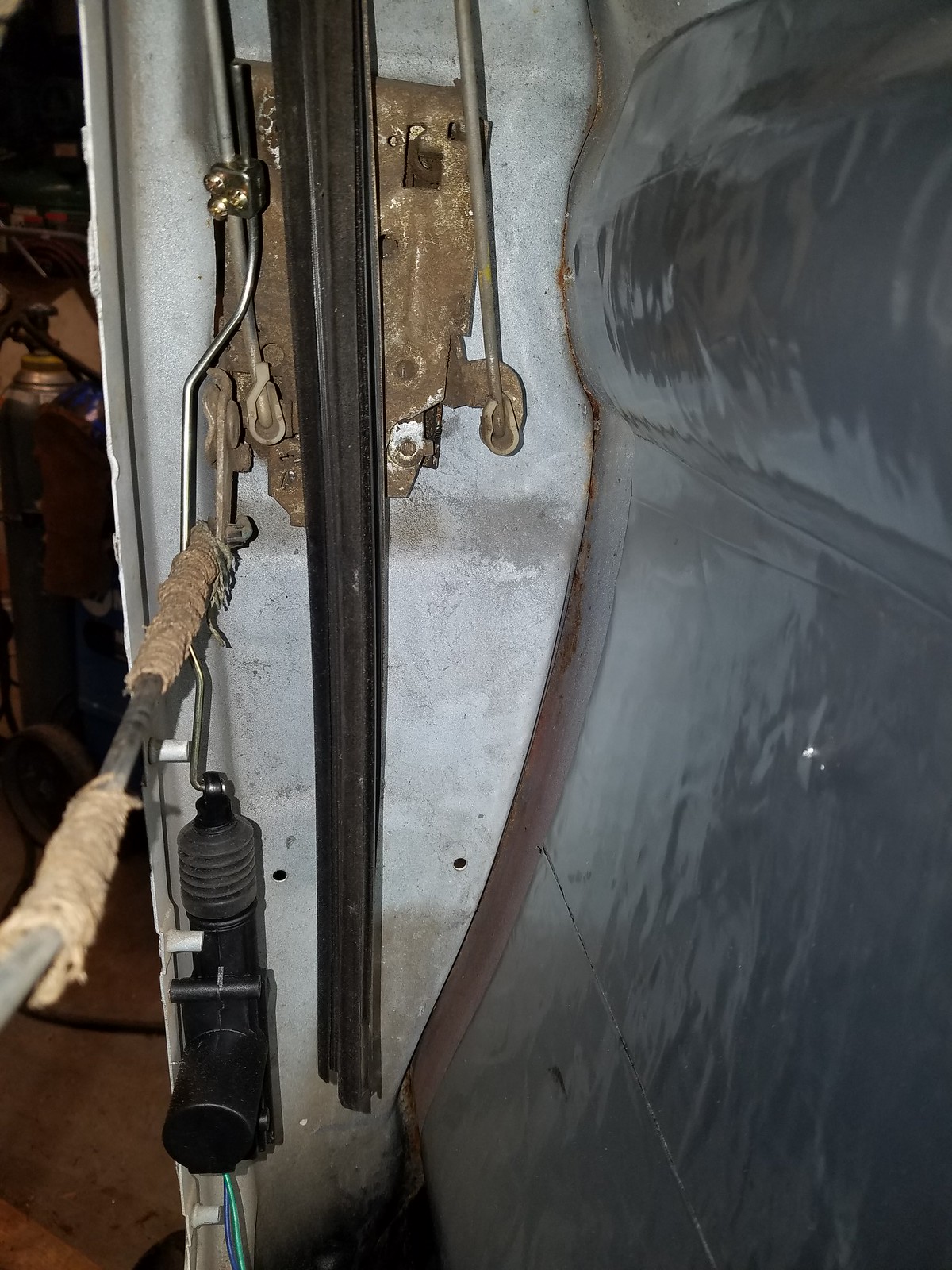 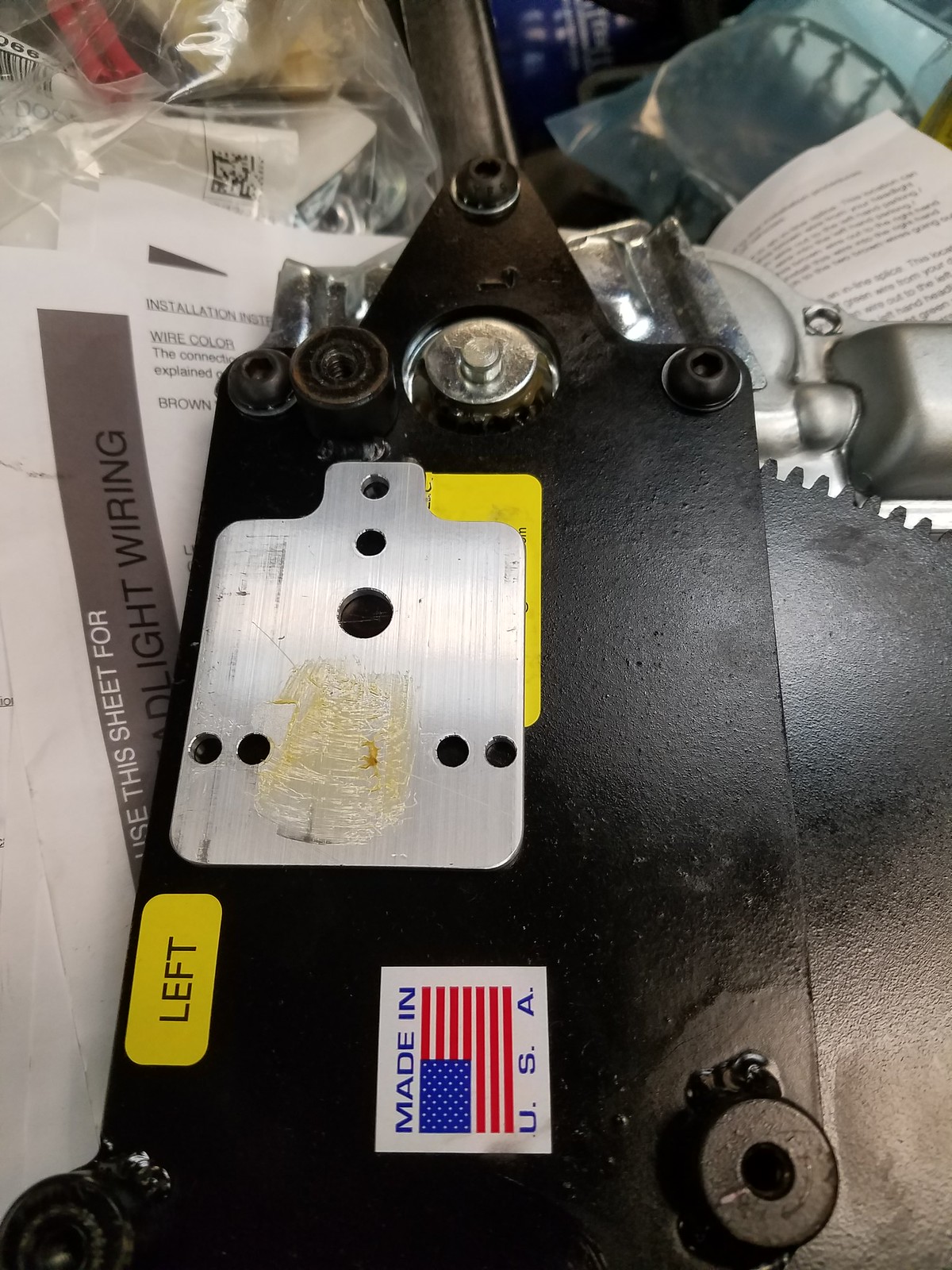 A little mix up on the window regular stuff. It's a bit of a mixup on both my part and theirs. Given there are only 2 of these sets in existence so far it's just one of those things. If anyone orders window regulators from Nu-Relics and you want to run the Nu-Cranks ask them to pre-drill the regulators. The dent side doors don't have much clearance between the skin and the regulator, and if you are running the Nu-Cranks you have 2 options. Mount on the inside of the door skin between the door and the door panel, which works but the crank will be about 1/4" more stick out on the inside. The other option is to take the "back plate" off the switch and mount it directly to the window regulator. It's tight but it'll fit that way. So I'm doing it that way. Got the first regulator almost done, but realized I didn't have a 75* countersink over there so all that's on hold until tomorrow.

So, you opened the proverbial can of worms eh?

Yes, yes I did. It just seems that most of the time my own projects seem to go this way. If it wasn't for bad luck I wouldn't have any. Good news is I'm pretty close to getting it buttoned up and ready to make smoke. Just need 1 more fitting for the oil feed line. It would be nice to get the other valve cover back from ceramic coating, but the crusty looking valve cover fits the rest of the truck so once I get the fitting it's road test time! I know it'll make more power, hopefully it'll run a constant 170*F once it's done. 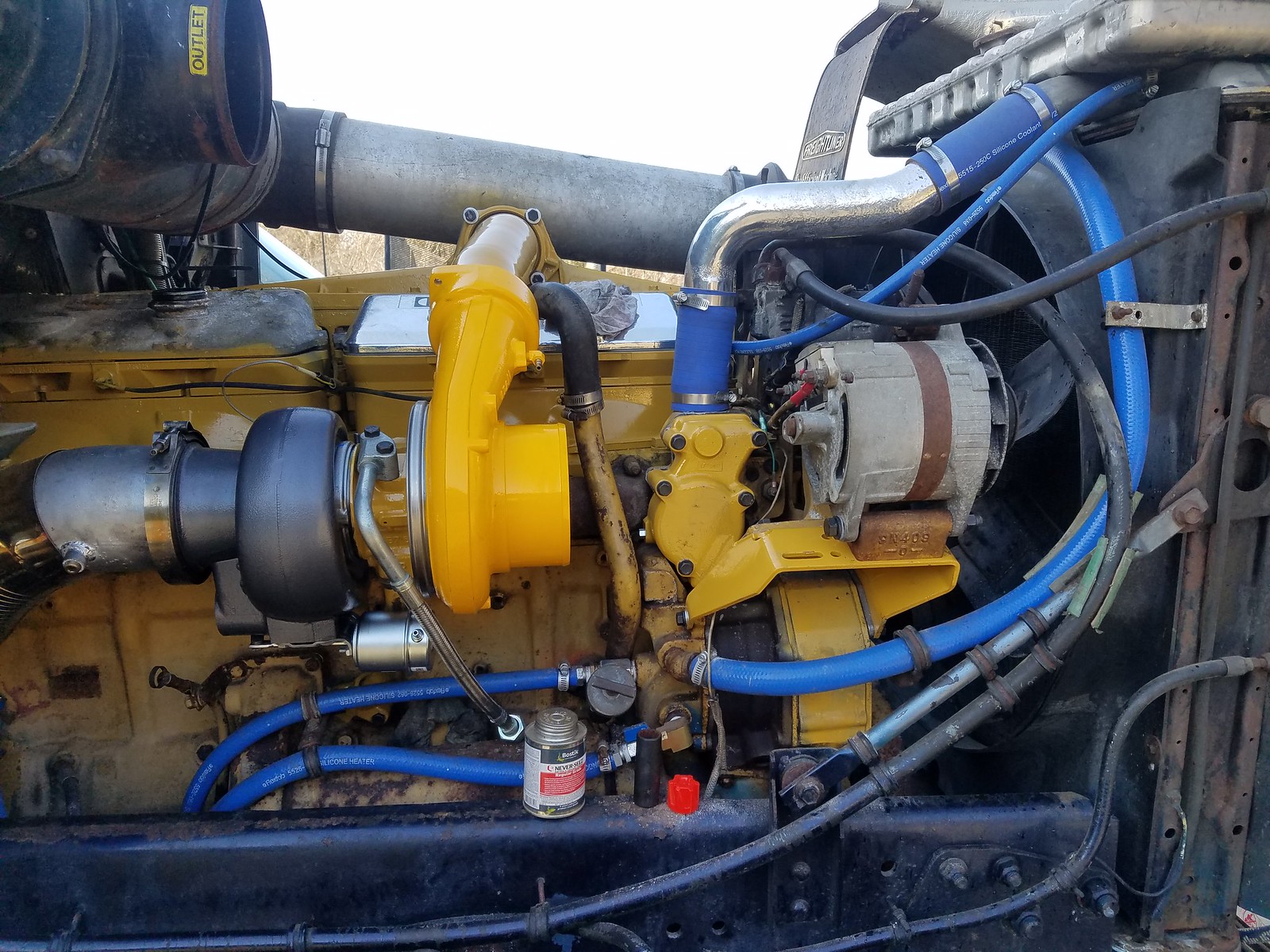 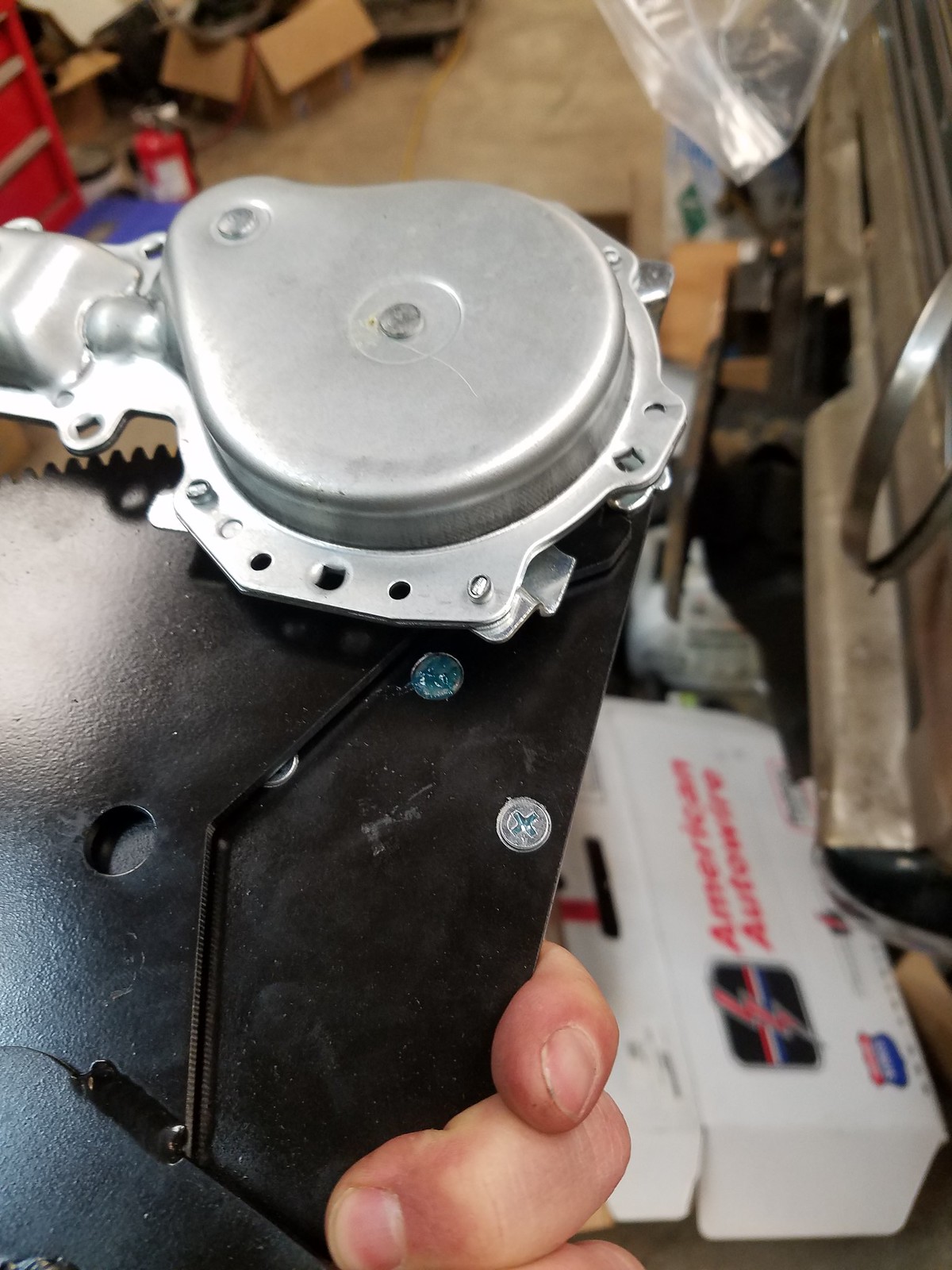 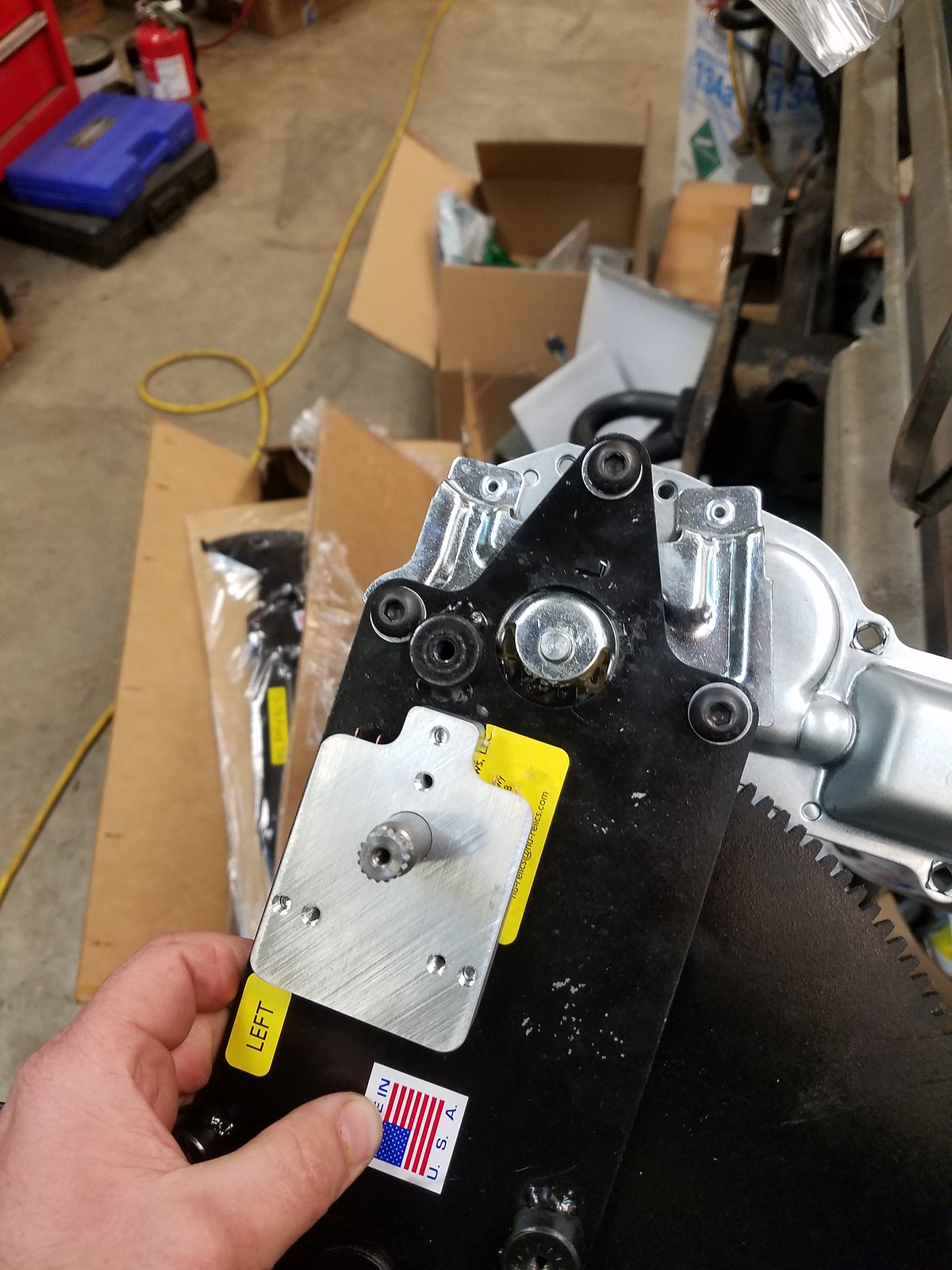 My favorite part is the "Made in the USA" sticker.

My favorite part is the "Made in the USA" sticker.

Everything but the made in China motors!

Still, the build quality really is first class. I hope that in the future they're a little more organized with some of the little details that I've had to deal with. But, with prototyping and such things will not always go as smoothly as I'd like.

Someone has to get and use the first set right? Might as well be you.

Someone has to get and use the first set right? Might as well be you.

I was thrilled! I mean sure, the headaches aren't the greatest, but the fact that NuRelics was even willing to build rear regulators was cool. A lot of places would look at the overall market share and not want to invest their time.

I'm slowly getting there with the kit. Right now I'm just waiting for all my new door parts to show up so I can start re assembly and get the regulators installed. 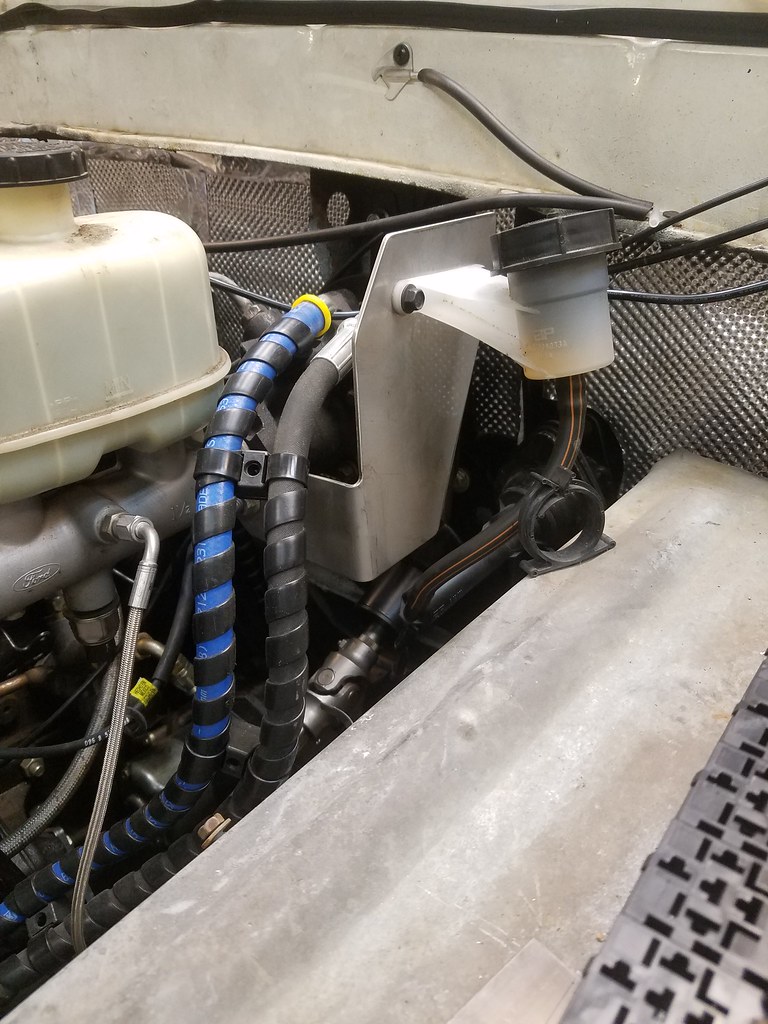 I did manage to get a little done. Finished trimming and installed the clutch reservoir bracket. I should have put a small angle on the top part so the reservoir was more level. Unfortunately I completely lost access to the metal fab stuff in one shop, and the shop that I do have access too it's pretty limited right now, especially with the broken equipment that is waiting for vendors to work on. So for now, I'll run it as is.