It's been a tuff couple of weeks, but I managed to sneak in some time on the crewcab between everything else going on. I finally got the new hood latch bracket built. Took a couple tries to get the lower angle dialed in, but I think I'm happy with it now and looks like it will fill nicely now. Built it out of 10 gauge stainless for some extra rigidity. It's a little long, I still need to trim it a little. I originally wanted to put the nutplates in like factory for the hood latch itself, but there just isn't enough room with the intercooler. So I'll tig weld some stainless allthread into the bracket for the mounting. 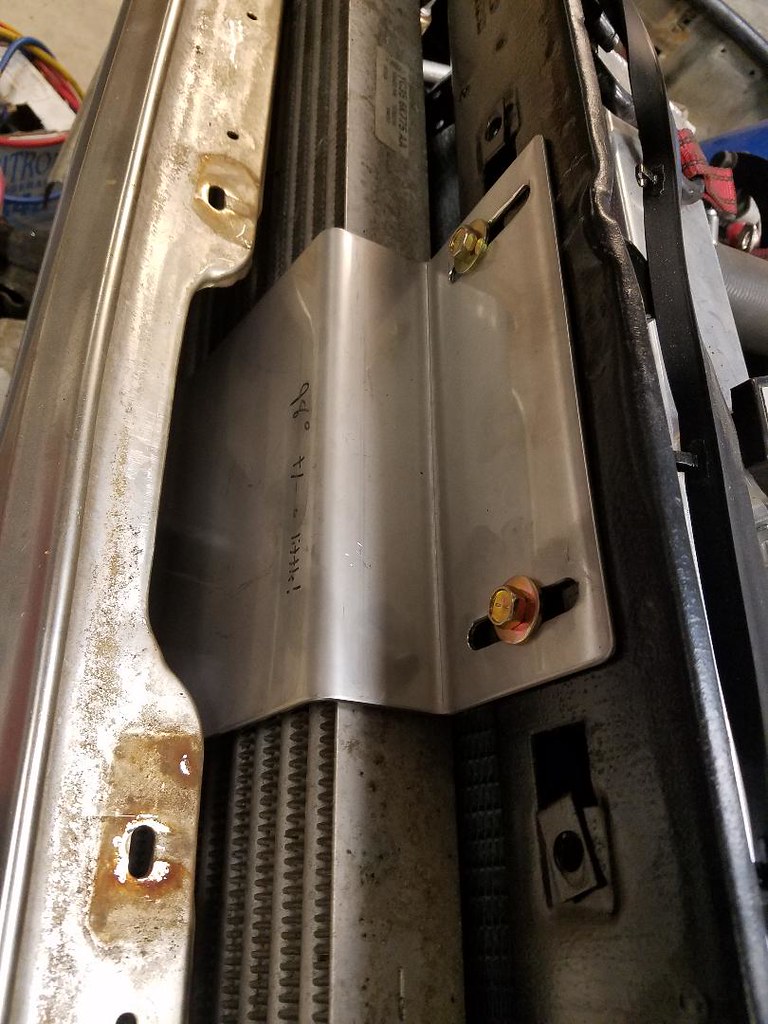 Not really applicable to this thread, but the hold up the last 2 weeks was a hasty decision to swap the transmission in the Freightliner before vacation. Turned into a bit more of a project than I'd expected. Actually.....worst transmission install EVER. Fought coming out, and REALLY fought going back in even with 2 of us working on it. But it's done and now I can keep up with traffic and not burn a ton of fuel. Also got the shaft by the driveline shop. Took a week and a half to get them to build it and they charged me enough I thought I'd asked them to build it out of gold with platinum ujoints or something. 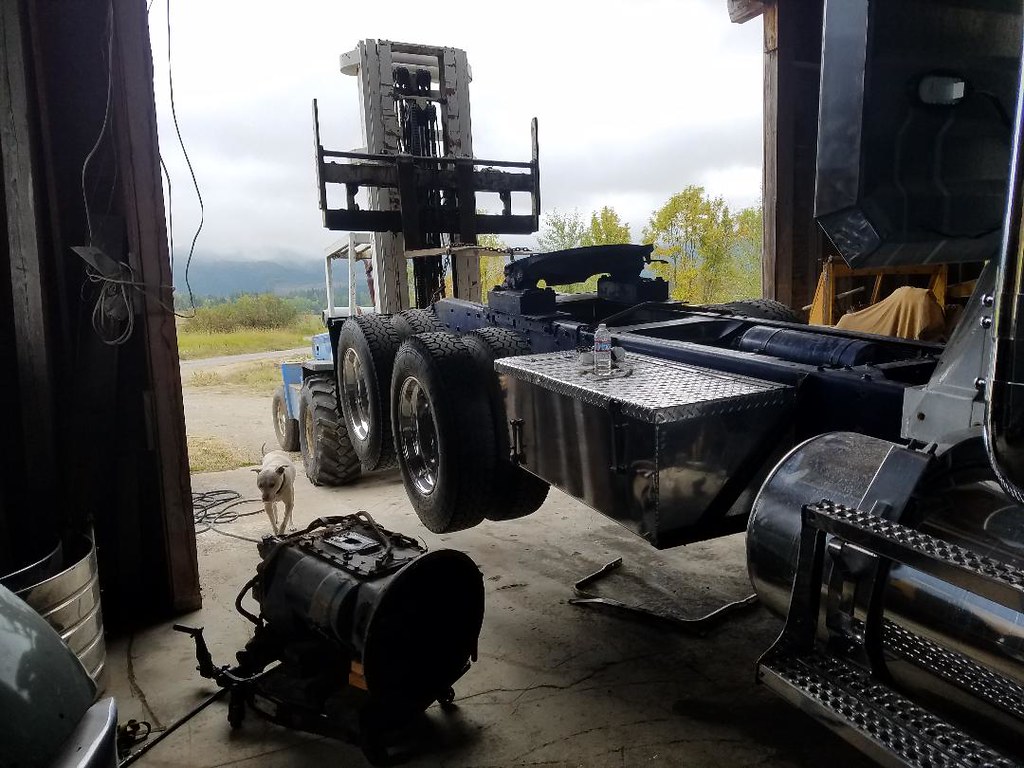 If anyone is interested in a VERY low mileage 9 speed, with the optional oil pump and cooler, I'll make you a heckva deal on it!

Marginal progress, but I finally got all the hood latch ordeal figured out. It fits nicely I think, clears the intercooler, latch fits behind the grill shell like stock, handle is in the stock location. It's got quite a bit of adjustment, but right now it's installed in the same position as the latch on my regular cab so hopefully it'll be close when I bolt the hood back on.

I've got the hood hinges soaking in oil. The ones that came off look like they're straight, they're just a little tight from sitting. Waiting on some more wiring supplies so I've been tinkering with the Dakota Digital wiring a little. I still need to mount the "control" boxes and I haven't found a spot for them yet that I'm completely happy with. 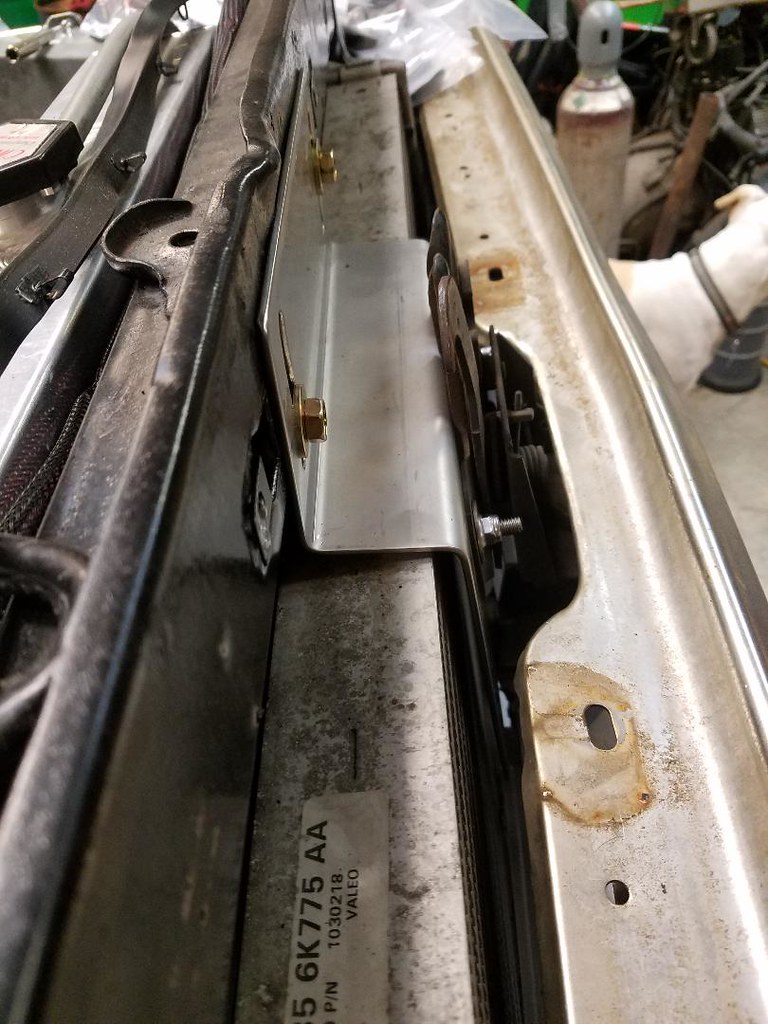 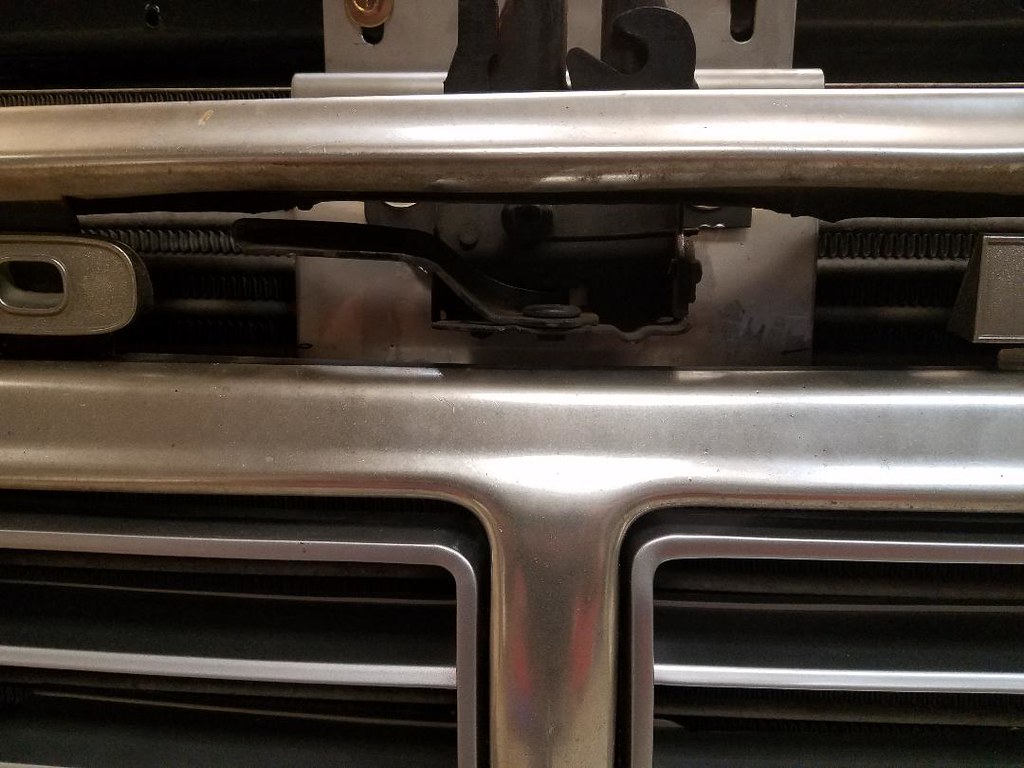 Ah, a hasty decision to do a transmission swap before vacation wouldn't be a good story if it went smoothly!

Glad to hear you were able to get it wrapped up with the aid of your helping hands.

I'm sure having lots of hood latch adjustment will come in handy.

Ah, a hasty decision to do a transmission swap before vacation wouldn't be a good story if it went smoothly!

Glad to hear you were able to get it wrapped up with the aid of your helping hands.

I'm sure having lots of hood latch adjustment will come in handy.

You are VERY right on that point, but I'd be ok with a boring story every once in a while!

I'm hoping I don't need a lot of latch adjustment, but I'd rather have it and not need it as the saying goes.

I don't have any picture worthy updates right now, although a few will happen this week I hope. I do have some REALLY good news. I will soon have bolt in electric window regulators for the REAR DOORS! They are not yet a catalog item, but once these are actually built and in my hand I'll give all the details. They're not cheap, but as even replacement manual regulators don't exist I'm happy to pay the price.

Yeah I'm pretty stoked that they were willing to build some. They've got some cool switches I'm hoping will work as well.

Perfect timing since I'm slowly poking away at the wiring.

And will these end up being something they will offer for sale later?

And will these end up being something they will offer for sale later?

Yes, they are planning on these being a catalog item. They aren't cheap, but I'm pretty happy with the quality of the prototypes, I suspect the "production" parts will be nicer. Hopefully in a couple of weeks I'll have those in my hands and will post some pictures.

I spent most of the day drilling and reaming to size 5/8" bolt holes and mounted the "new" sliding 5th wheel on the Freightliner so didn't do a lot on the crewcab. But I did make a bracket and figured out how I'm going to mount the control modules for my Dakota Digital cluster. It's mocked up and looks like it'll work. I'm going to cover the dash bracket and the mounting plate with dynamat to keep everything quiet before it goes together for good. 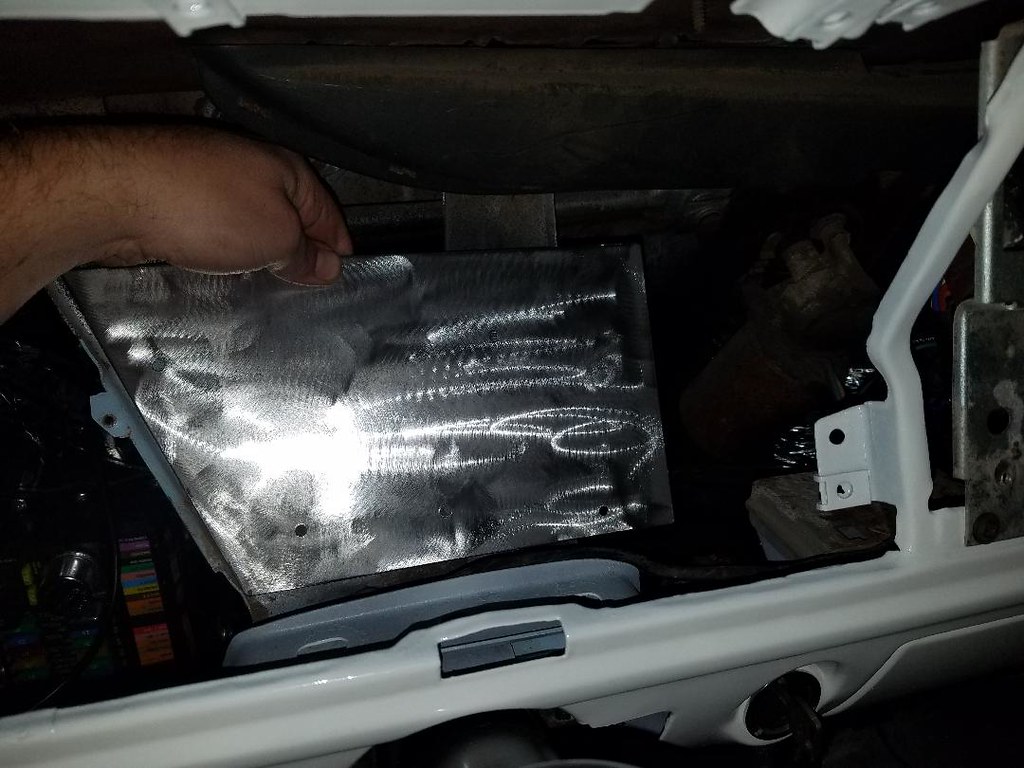 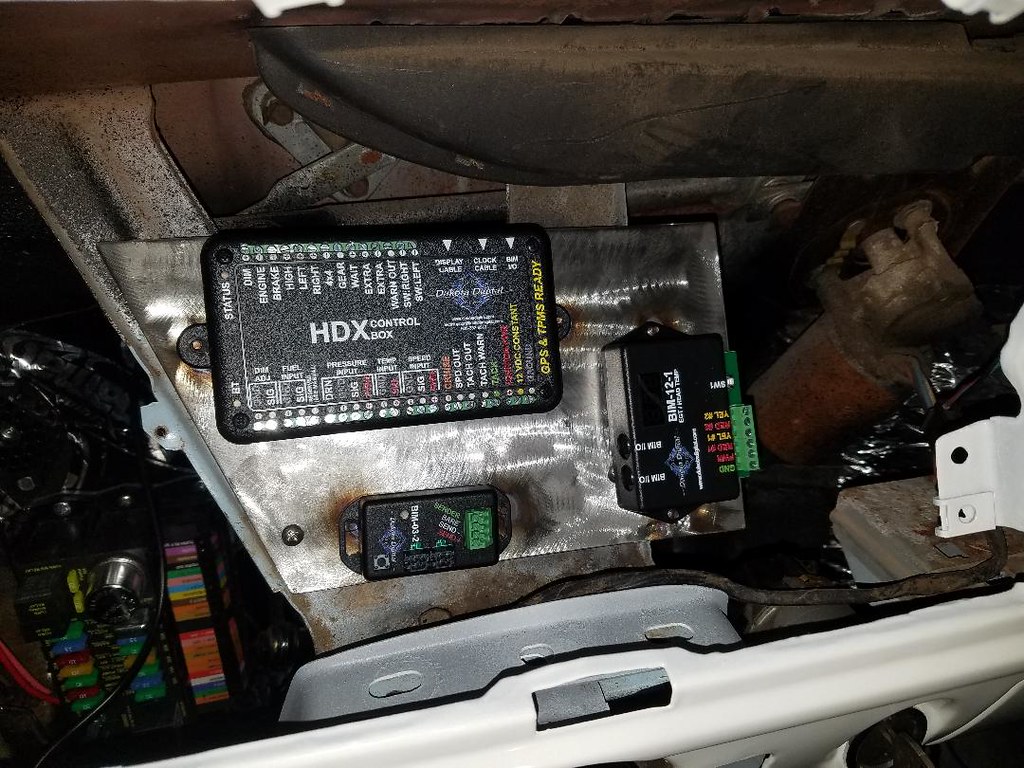 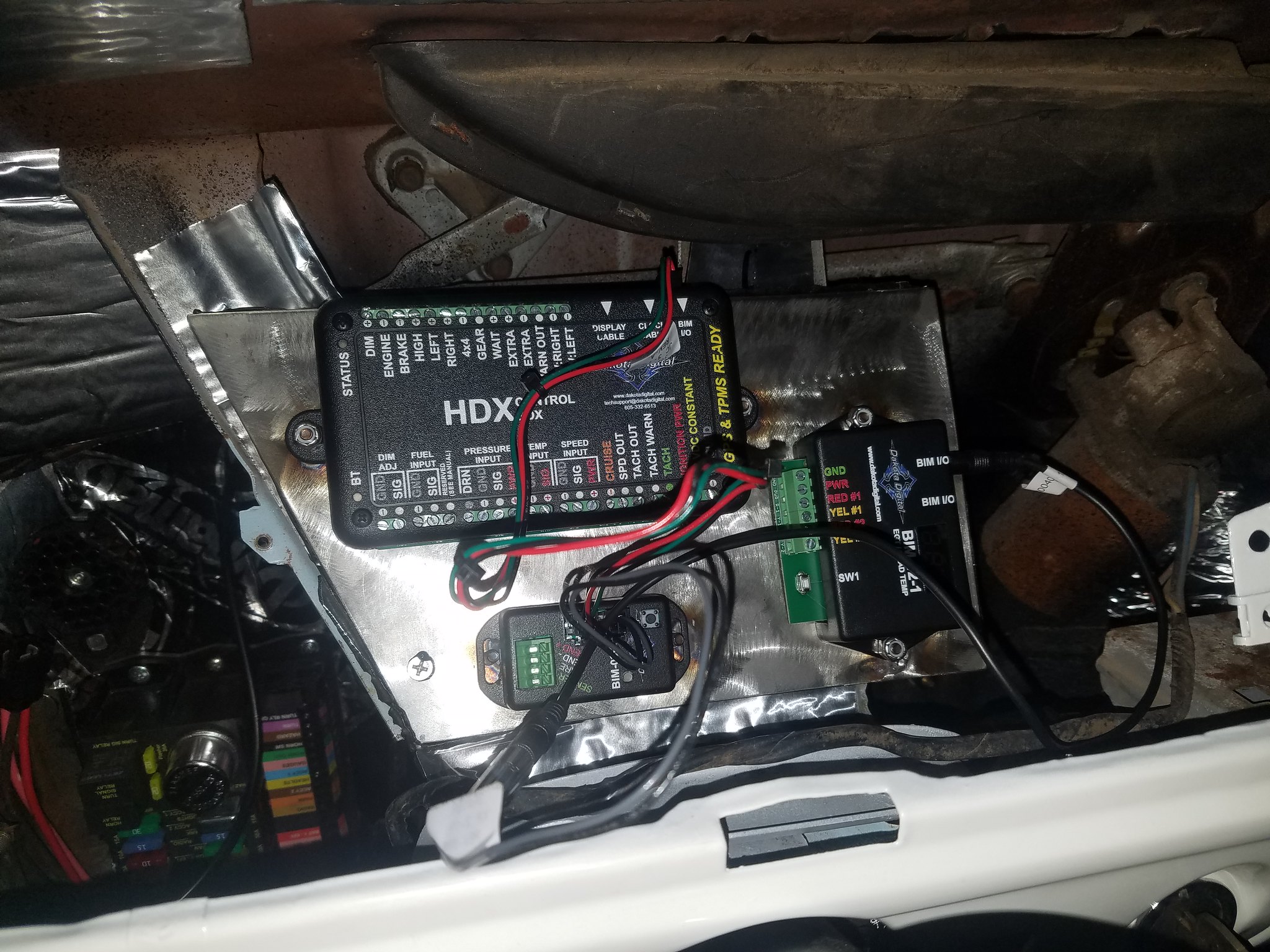 Got more sound deadening installed on the dash panel and firewall and was also able to final mount all the Dakota Digital control boxes and did a little more wiring. I haven't done a whole lot on the wiring yet, but have been poking around at it and I've sorta got a plan now for what I'd like to do. Shouldn't be too long before I dive in. 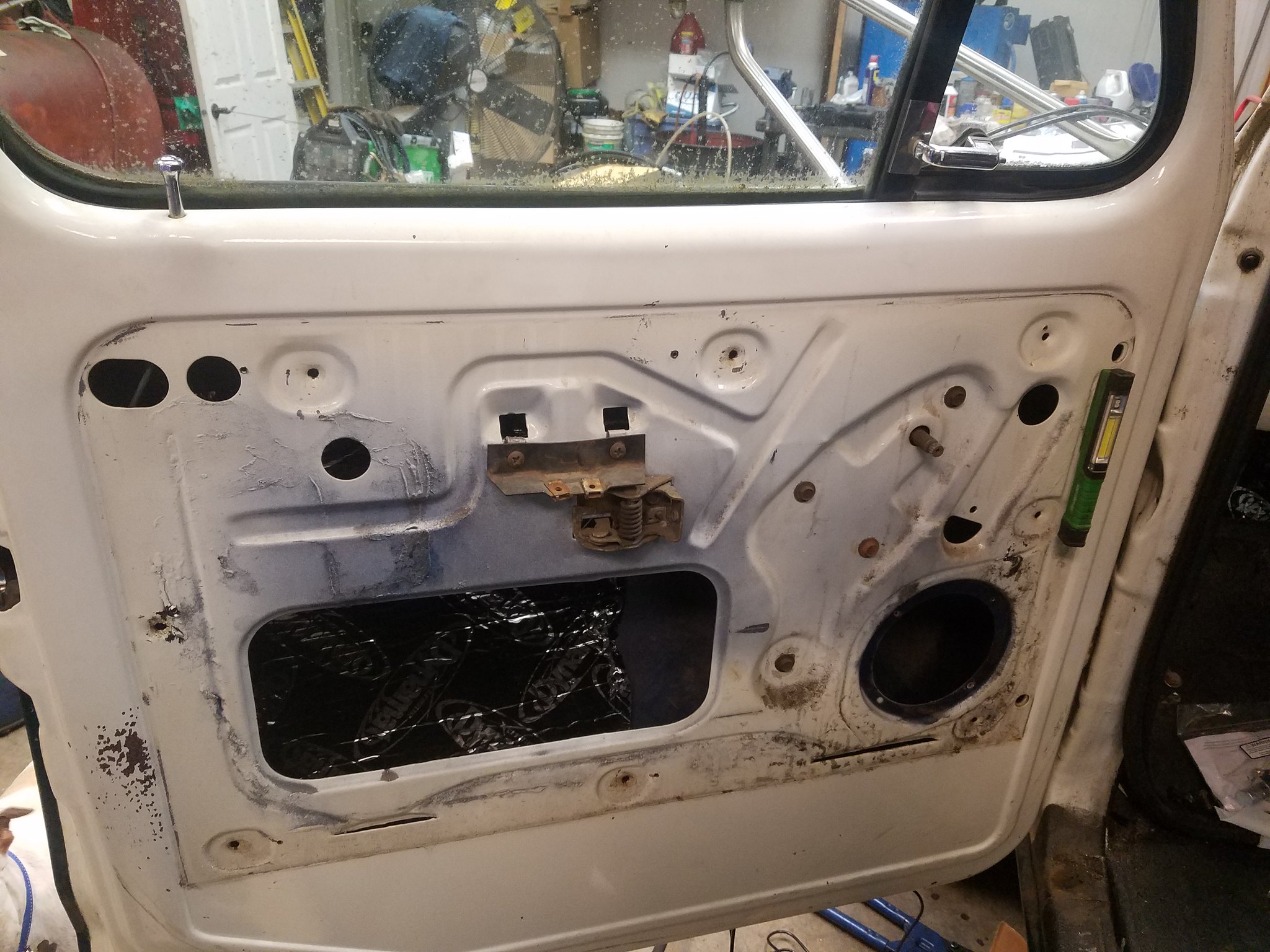 I started stripping the front doors and installing sound deadening there too. I ran out, so I need to get a little more and finish those up. I have a Autoloc 4 door lock actuator kit to install and then the power windows.

The window kit should be here Monday and I'll post some pictures when I get it all. Really excited to get those!